Emmanuel (“Manny”) Fishelman was born in Queens, New York. As the son of an Ecuadorean immigrant mother and an American father, Manny was raised in a bi-lingual household. After receiving his undergraduate degree from CUNY Queens College, Manny obtained his Juris Doctor degree from the University of Maryland Francis King Carey School of Law, where he was a recipient of the Leadership Scholarship. During law school, he served as the managing editor of the Journal of Business & Technology Law, where one of his articles was published.

Manny previously litigated personal injury cases in MD and DC state and federal court at a law firm in Prince George’s County. Manny joined the Antezana & Antezana team in June 2017. He concentrates his practice on Plaintiffs personal injury and workers compensation. As someone with a passion for helping communities of immigrants and minorities, Manny zealously advocates for his clients which ensuring that language issues won’t be a barrier in the litigation process.

Manny is a former President of the Maryland Hispanic Bar Association, and remains an active member of the Board of Directors. He currently sits on the executive committee of the MSBA’s Young Lawyers’ Section and is a member of the MSBA’s Leadership Academy Committee. Manny also sits on the Board of Directors of the Community Law Center. He has been selected as a Super Lawyers Rising Star for 2018-2021. In 2019, Manny received Bethesda Magazine’s peer-voted award of “Top Personal Injury Attorneys” in Montgomery County. He was also a recipient of the Daily Record’s Leadership in Law Generation JD award for his civic engagements. 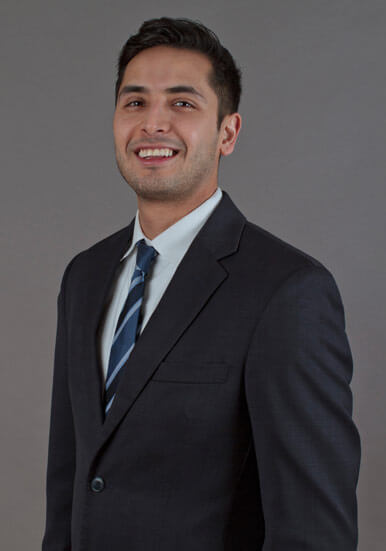 Super Lawyers of Maryland and the District of Columbia