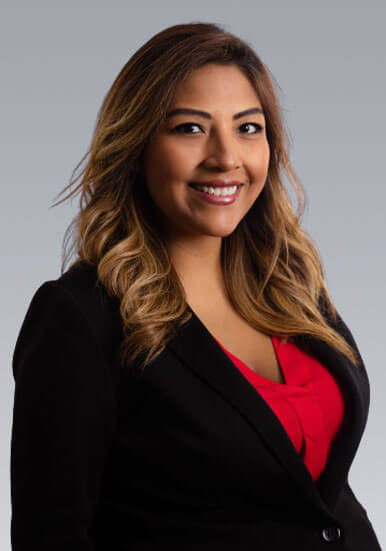 Attorney Rodriguez is a native to the Washington, DC metropolitan area. She grew-up and still resides in Northern Virginia, earned her Bachelors in Business Administration at the George Washington University and her J.D. from UDC David A. Clarke School of Law and has been a licensed practitioner in Maryland since June 2013.

She is a litigator by specialty who began her career in Immigration Law, representing detained and non-detained respondents in Arlington, Baltimore and York Immigration Courts. She and her family migrated from Bolivia when she was just a year old so it was a meaningful experience to represent the immigrant communities in the Greater Washington DC area. Later in her career, Attorney Rodriguez transitioned into litigating family law cases primarily in the Montgomery County and Prince George’s County Circuit Courts. Over the years she has also had experience is general litigation matters including traffic cases, protective orders and contract/debt disputes.

She joins Antezana and Antezana, LLC as a Worker’s Compensation Attorney and is eager to continue to serve the Latino community alongside a dynamic team of Spanish-speaking litigators.